If you are trying to cleanup excess “silence” between audio tracks in a mixed audio file, Audacity has a useful feature to automatically remove all silence between joined audio tracks. This allows you to re-save the audio file with no skipping or silence.

The quick and (dirty) method: 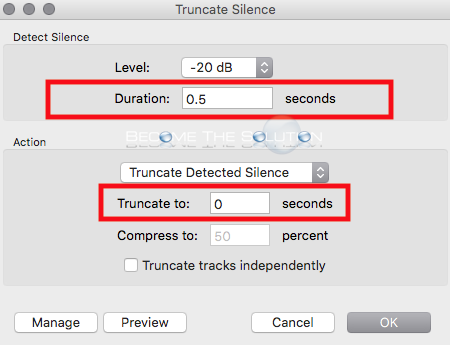 In this example, our audio file had 10 tracks joined with silence. We noticed the silence padding between the tracks was under 0.5 seconds. We will delete any silence in the entire file that is 0.5 seconds long and then truncate the deleted silence.

BE ADVISED: Using the method above, if there are songs with silence in them for 0.5 seconds or less, this silence will also be removed causing those songs to be modified and sound different. 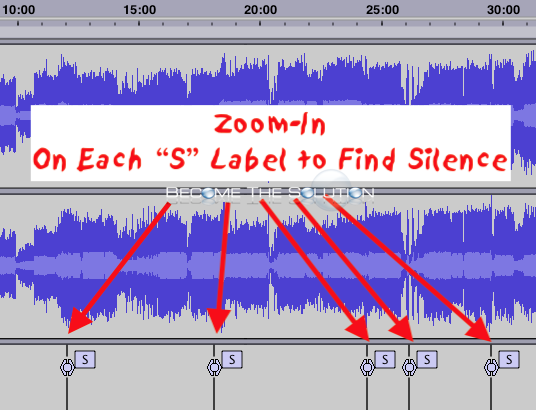